This was originally part of a final project for Search Informatics, but my fascination with network visualization cropped up here and I thought it was worth sharing. This is a condensed version of the full article, and naturally the code is available on GitHub. 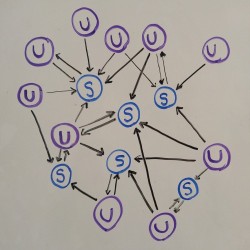 A single-edge shows a review, a double-edge shows authorship, and a triple-edge means that the user wrote and reviewed their own story.

Some stories receive only a small amount of attention. 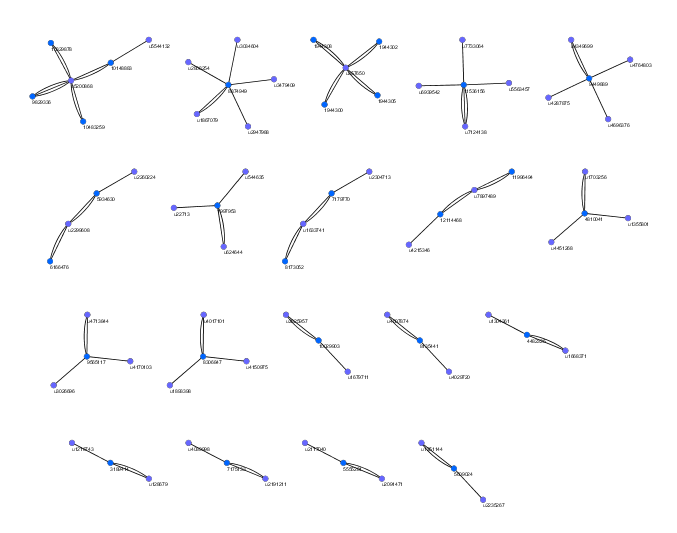 As we move toward the center, we notice that the vast majority of stories and users are highly-connected. 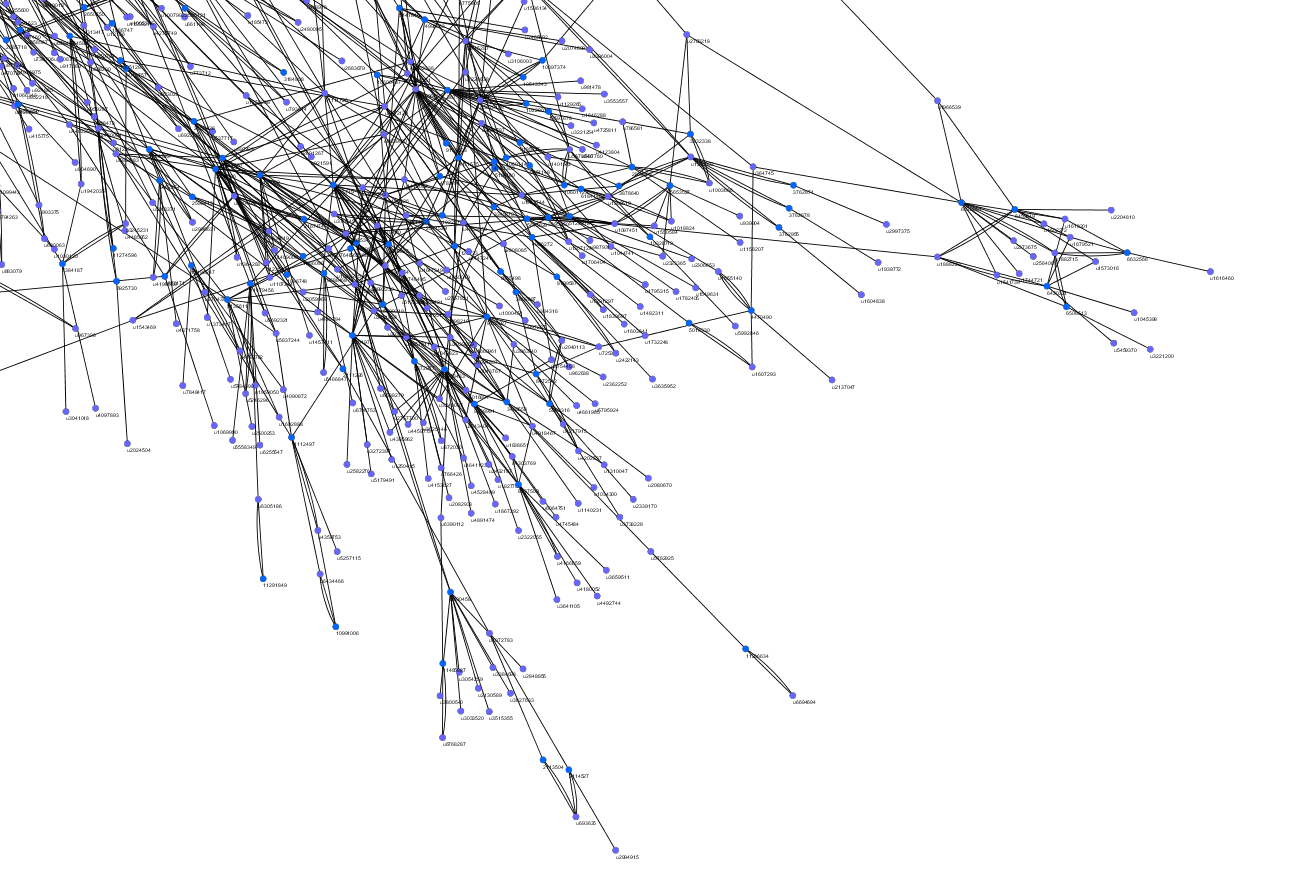 At the time this data was pulled, there were 6520 stories written in 15 languages over the course of twelve years. Totalling to a little over 30,000 chapters and millions of words. The question comes up occasionally for how to pull story IDs from FanFiction.Net. This is straightforward with a short bash script:

This will create a URL by appending the number to the base (notice the p= at the end), downloading the page, finding the “class=stitle”, cutting the sids out and appending them to the end of a file called “sids.txt,” then waiting a few seconds in compliance with the terms of service.